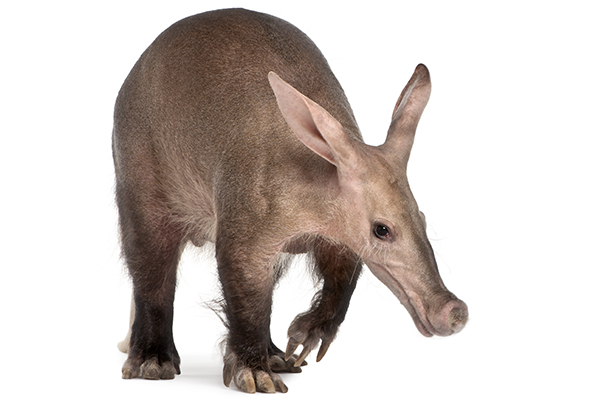 Aardvarks are nocturnal, burrowing mammals, recognizable by their characteristic pointy snouts and ears. The last known species of its order,Tubulidentata, it has been quite successful itself as a species, currently inhabiting much of the southern two-thirds of Africa.

Aardvarks are insectivores, existing primilarly on ants and termites. It hunts for them at night, digging them out of hills with legs and claws. Its shovel-like claws are of particular interest – the nail is extremely thick and could easily be confused hoof. While the aardvark find ants delectable and is sometimes referred to as an "anteater," (or "antbear" or "antpig") it is not closely related to the South American anteaters of the Pilosa order – it is one of a kind!