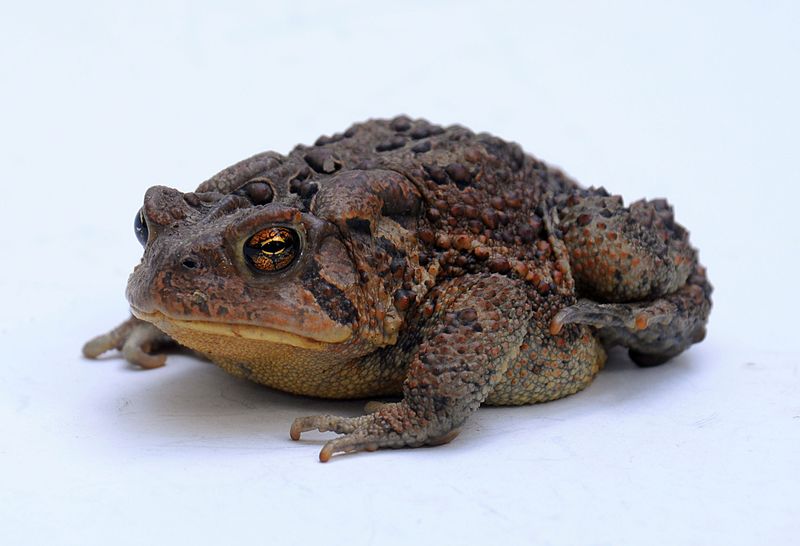 The American toad is a commonly occurring species throughout the Eastern United States and Canada and they can live almost anywhere, from forest to grassland. One of their interesting adaptations is that the tadpoles have been shown to have mutualistic relationship with Chlorogonium alga, developing more rapidly in its presence than without it. Also, in addition to seeking safety in numbers, their tadpoles produce a toxin to discourage predation.

Learn more about the American Toad at Wikipedia and Reptiles Magazine.