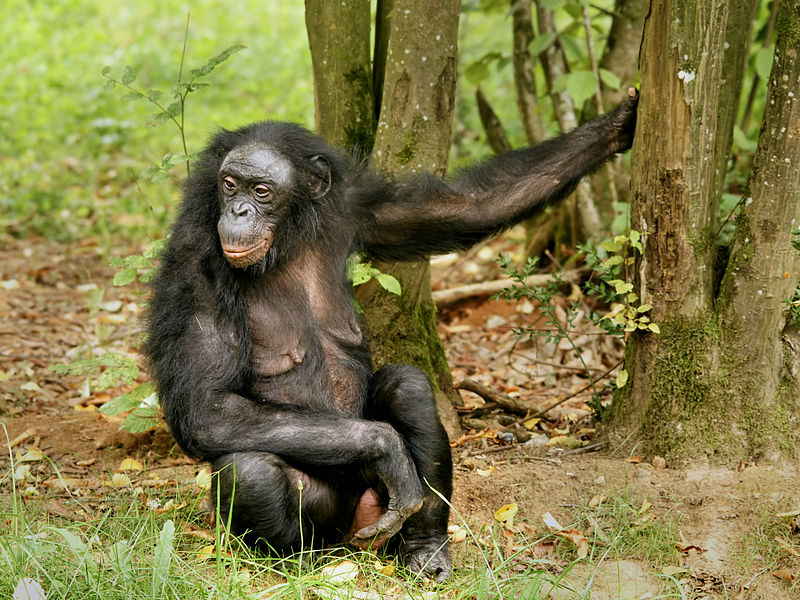 These endangered great apes are one of two species making up the genus Pan, the other being the common chimpanzee (Pan troglodytes). They are native to the Congo Basin in Central Africa and, unfortunately, political instability in this area has resulted in relatively few studies of the Bonobos in their natural habitat. Due to fossil evidence and genetic studies, some evolutionary biologists believe that Bonobos may be living examples of our distant ancestors. Bonobos are known for their matrilineal and relatively peaceful social structure.