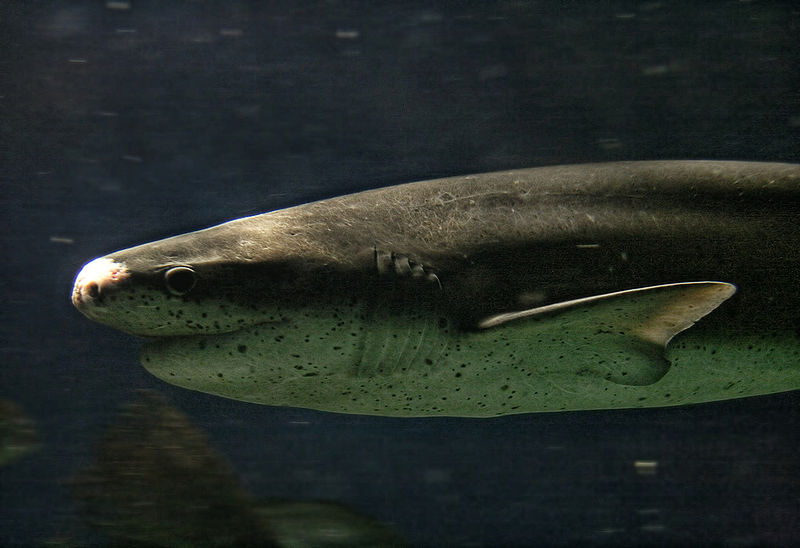 Notable for its seven gill slits (most sharks have five or rarely, six), the broadnose sevengill shark is also the only member of the genus Notorynchus. It has a large, thick body with a blunt snout. These sharks tend to inhabit offshore waters making occasional forays to the surface. They are opportunistic feeders, its food items including other sharks, rays, pinnepeds, bony fish, snails, and carrion. They are also known to hunt in packs in order to take down larger prey.

If you’ve ever worn lipstick (or kissed anybody wearing lipstick), you’ve probably had fish scales on your lips. Of course you won’t find “herring scales from commercial fishing hauls” on the ingredients list of your cosmetics - they list it as the regal-sounding “pearl essence” or “pearlescence.” But why? Because the scales of silvery fish that capture and reflect light so beautifully in the water function the same way on your lips. So maybe next time somebody calls you “fish lips,” don’t jump to conclusions too quickly, maybe they mean it as a compliment!