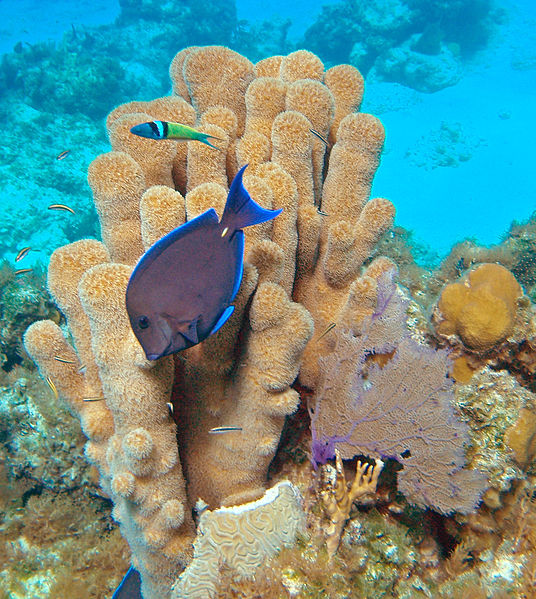 These marine invertebrates are known for the dazzling calcified colonies they create as they multiply and grow. Each colony is a collection of genetically identical coral organisms (polyps) that create their own calcium carbonate compartments which accumulate into the large skeletons we associate with coral reefs. Similar in structure to sea anemones, they capture tiny live prey with their tentacles as well as obtaining nutrients from symbiotic alga (zooxanthellae) that live within their tissues. Corals are very sensitive to pollution, blast-fishing, ocean-acidification, temperature change, and other disruptions to their environment.