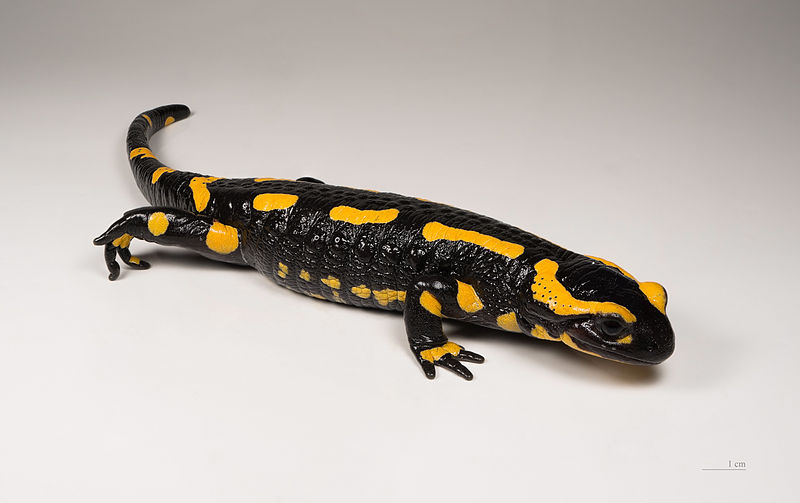 This enigmatic species is arguably the best known salamander species in Europe. It is black with varying proportions of bright yellow stripes and/or spots (and sometimes shades of red and orange). They can be very long lived – one specimen kept in a German natural history museum lived to be more than 50 years old! They prefer to live in deciduous forests, where they can hide in fallen leaves and lurk near mossy tree trunks.

Learn more about the Fire Salamander at Wikipedia and Reptiles Magazine.