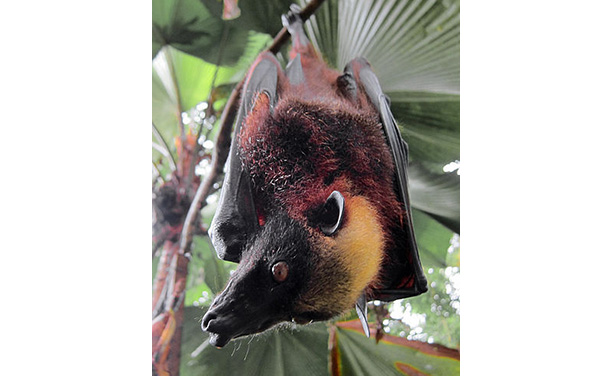 This species is a rare “mega-bat,” one of the largest species of bats in the world. They are herbivores with a keen sense of sight and smell for finding food – with the exception of one species, they do not use echolocation. They roost mostly in trees and shrubs and are sometimes unpopular with orchard owners due to their fruit-eating ways. Fruit-eating bats such as these aid in the distribution of plants by spreading their seeds as well as serving as pollinators.