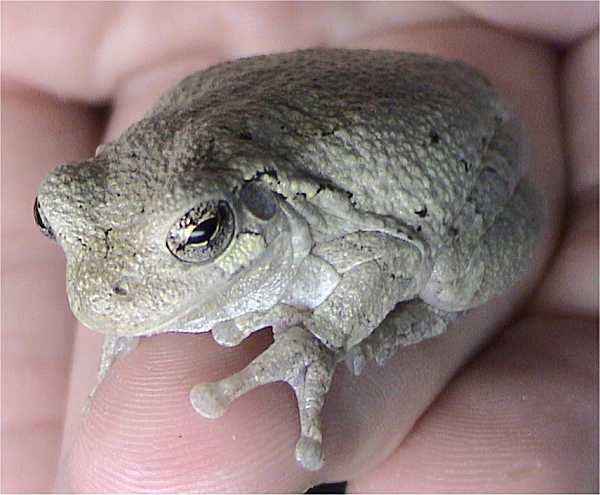 This small, arboreal frog is widespread in the Eastern United States and Southeastern Canada. They are able to camouflage themselves by changing their skin color to match their surroundings. They change color at a slower rate than a chameleon, but can vary their hue from nearly black to almost white. The gray tree frog has an extra set of chromosomes, so is sometimes also called the tetraploid gray tree frog. An astonishing adaptation of these frogs is that they can survive freezing of their internal bodily fluids to as low as -8 degrees Celsius!

Learn more about the Gray Tree Frog at Wikipedia and Reptiles Magazine.