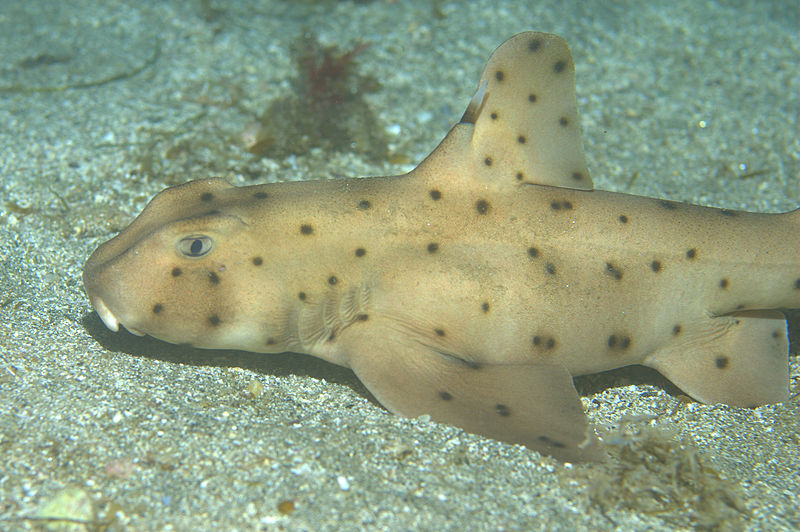 Horn sharks inhabit coastal waters off the western coast of North America, from California to the Gulf of California. They are a relatively small species, adults measuring about 3.3 feet in length, with brown or gray coloration and many small spots. These slow-moving, mostly solitary predators hunt at night for hard-shelled molluscs, echinoderms, and crustaceans, which they crush between powerful jaws and molar-like teeth.