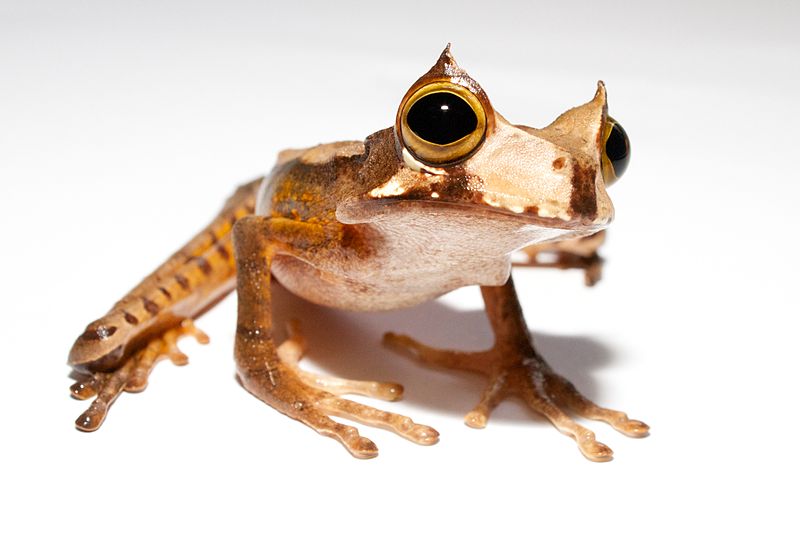 The horned marsupial frog is an arboreal species native to the tropical moist lowland forests and montane cloud forests of Colombia, Costa Rica, Ecuador, and Panama. Their upper eyelid has a triangular peak, giving them a quizzical, alert appearance. This species lays the largest known eggs of any amphibian! Females brood their eggs in a pouch on their lower back until they emerge as fully developed froglets.