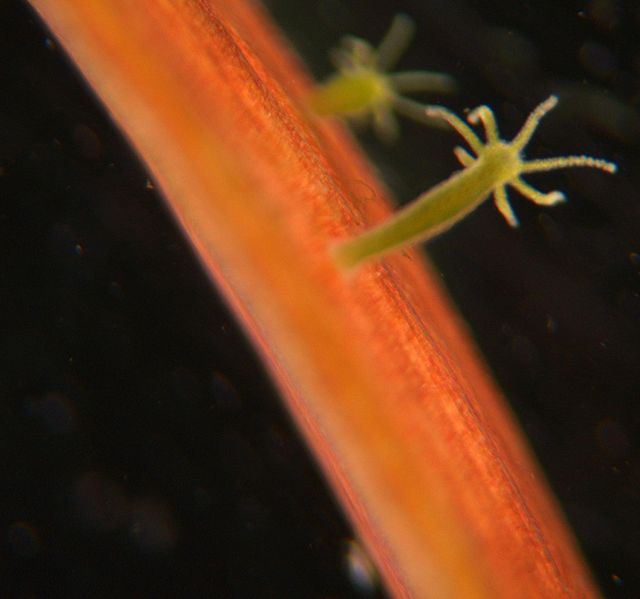 Hydras make up a genus of tiny (up to 10 mm long), tentacle, aquatic, predatory animals that are commonly found in unpolluted ponds, lakes, and streams in temperate and tropical regions. They are of special interest to science because they do not seem to age or die of old age. While generally stationary, or sessile, they are able to move themselves when necessary by bending over and grabbing onto the substrate with their mouth and tentacles while releasing with their “foot” – using this motion, they are able “loop” or “somersault” several inches in a day!