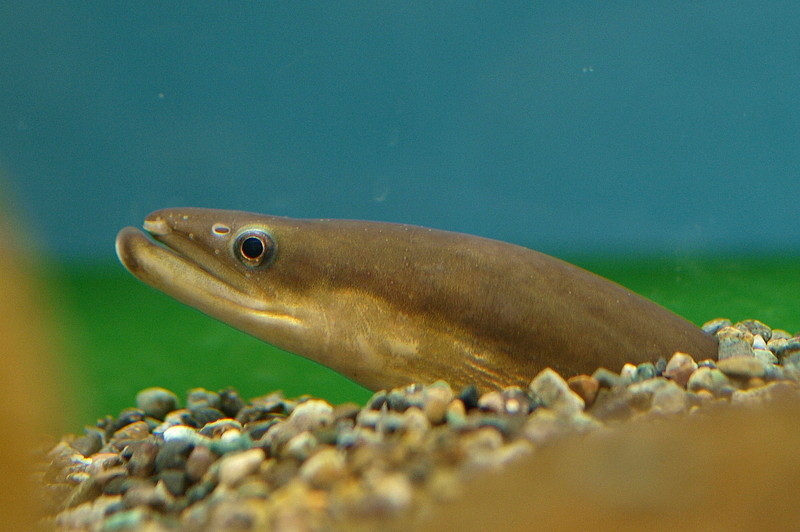 Like all eels in this genus, Japanese eels are catadromous, spending part of their life cycle in freshwater but spawning at sea. Adult eels migrate thousands of miles (without eating!) from the ocean to their freshwater spawning grounds during the breeding season. In Japan, they are called “unagi” and are a very important part of the food culture.