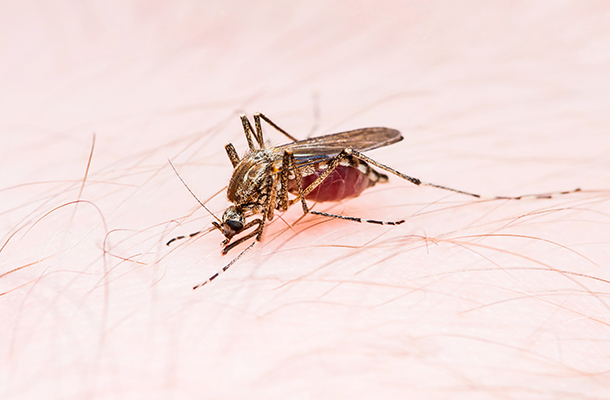 Mosquitos are a family of small flies (the name "Mosquito" literally means "Small Fly" in Spanish) that can be found on every continent except Antarctica. They are known primarily by the females of most species who use their proboscises to suck blood and nourish their eggs. While the saliva left behind from a mosquito bite can lead to an annoying rash, they do not take enough blood to harm the host, and the bite is harmless in and of itself. However, as a mosquito flies from host to host it can pass diseases like chikungunya, dengue, filariasis, malaria, West Nile virus, yellow fever, and Zika fever, making the mosquito no "small fly" as a major disease vector.