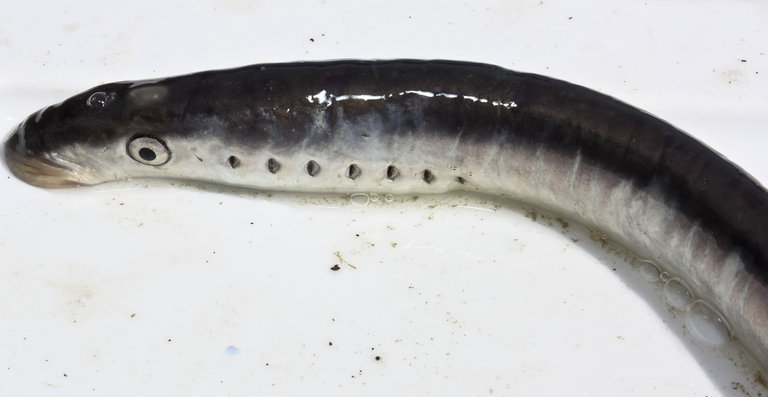 These anadromous, parasitic fish inhabit the Pacific coasts of North America and Asia. They spend most of the life cycle as larvae, living in freshwater – around 3-7 years. Adults live 1-2 years at sea, parasitizing other fish and sperm whales. The return to freshwater to spawn, typically in habitats similar to salmon and trout. Pacific lamprey are an important ceremonial food source to Native Americans in the Columbia River basin and the Yurok tribe in Northern California.

If you’ve ever worn lipstick (or kissed anybody wearing lipstick), you’ve probably had fish scales on your lips. Of course you won’t find “herring scales from commercial fishing hauls” on the ingredients list of your cosmetics - they list it as the regal-sounding “pearl essence” or “pearlescence.” But why? Because the scales of silvery fish that capture and reflect light so beautifully in the water function the same way on your lips. So maybe next time somebody calls you “fish lips,” don’t jump to conclusions too quickly, maybe they mean it as a compliment!