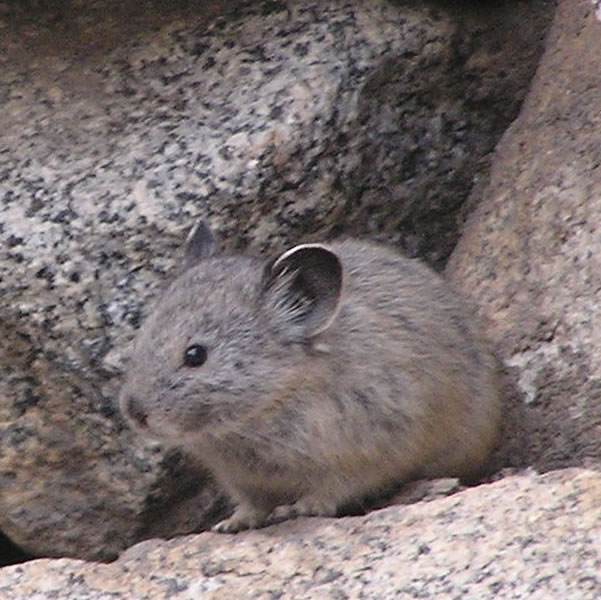 This species of pika is active during the daytime and found in the mountains of Western North America. They are small, herbivorous cousins of rabbits and hares. They can often be seen inhabiting piles of rock in alpine areas and eat a wide variety of green plants including grasses, thistles, sedges, and fireweed. When caching food for winter they stay very busy, making upwards of 100 trips a day gathering plant material for their dens. They are quite selective regarding the nutritional content of the food they collect for storage.