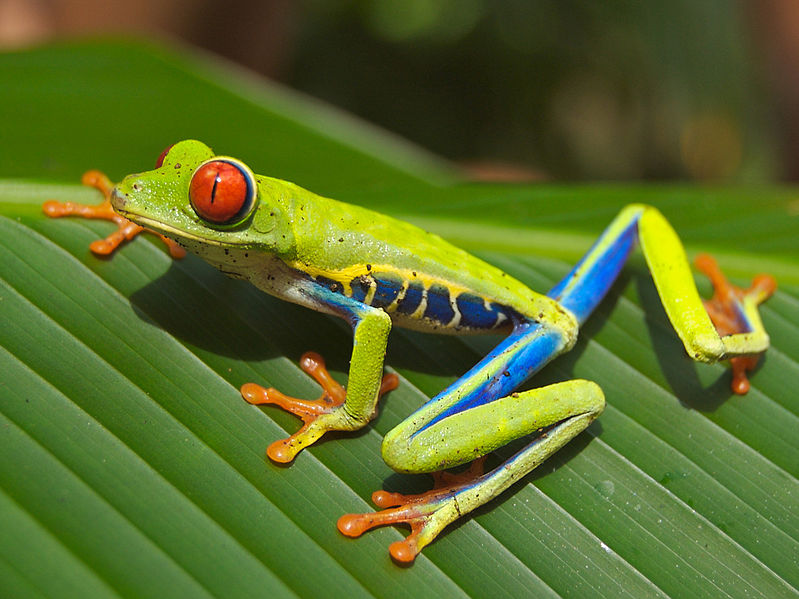 The Red-eyed tree is an arboreal inhabitant of tropical forests from Mexico through Central America to Columbia. They are a charismatic, brightly colored frog, but able to virtually disappear on green foliage by tucking their legs and closing their bright red eyes. The female lays her eggs on a leaf over a pond or puddle. The eggs normally hatch in 6-10 days, but they are sensitive to the vibrations caused by predators, storms, or floods, and can hatch early in order to improve survival rates. This is an adaptation known as phenotypic plasticity.