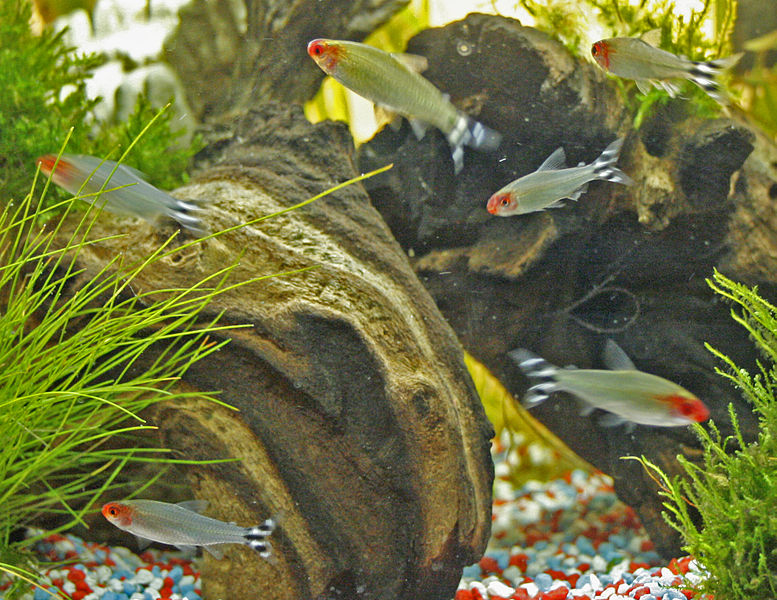 These South American natives are a long-time favorite of fish-keepers and are named for the vibrant red coloration on their head. In the wild, they inhabit stretches of mineral-deficient (soft), acidic river that is rich in decaying plant matter. They are sensitive to changes in water conditions and are considered “canaries in the coal mine” for aquarium water quality.