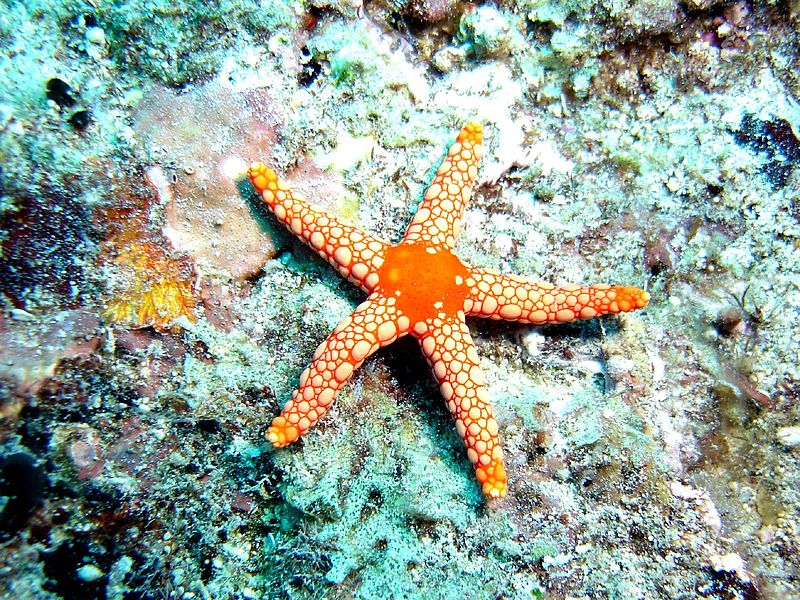 Also known as starfish, these echinoderms are found on the sea floors of all the world’s oceans from the equatorial tropics to frigid polar zones. There are around 1500 species of sea stars, some being able to survive at abyssal depths of 20,000 feet below the surface of the ocean. They usually have a central disc with five arms, though some exceptions have more. Their tube feet, which help them move, maneuver food, breathe, and also attach themselves firmly to rocks and other underwater structures, are operated by their “water vascular system,” a hydraulic system of interconnected fluid-filled canals. Their digestive system or “gut” occupies most of their central disc and also extend into their arms.

Could it be we have been too good at ridding our bodies of parasitic worms? Believe it or not, our efforts at keeping squeaky-clean and sanitary in the developed world may be contributing to increased allergies, asthma, psoriasis, even autoimmune diseases. The human immune system, having evolved with parasitic worms, recognizes them, and has learned to reduce inflammation and stimulate healing when these tiny intruders are sensed. While getting worms may be seen as too high a price to pay for many, for people suffering from severe allergies or colitis, it may be worth it. Victims of multiple sclerosis and Crohn’s disease have shown a promising reduction in symptoms (even remission in Crohn’s) after ingesting whipworm eggs - a treatment that may be worth it to some until a cure is found!