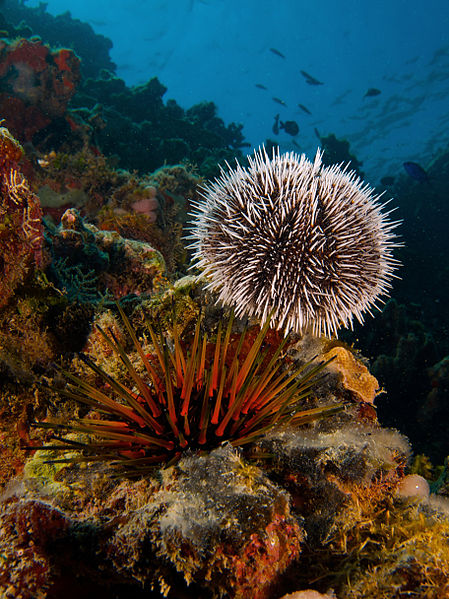 These small, spiny, globular animals inhabit all the oceans of the world and can survive in shallow intertidal zones, 5000 meter deep abyssal zones, and nearly anything in between. They move slowly about on their hydraulic tube feet, feeding mostly on algae. Sea urchins are able to adjust their metabolisms to the level of nutrition available in their environment. Many species of animals, including humans, hunt and eat sea urchins. Their internal organs are protected by a hard shell called a “test”, to which their spines are attached via rounded turbercles. The spines serve as protection and are toxic in some species.