Spiders and other arachnids 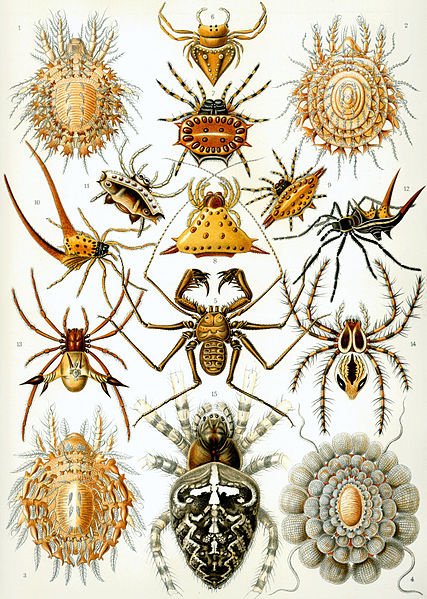 The Arachnid class is comprised of over 100,000 described species and includes such familiar organisms as spiders, scorpions, harvestmen, ticks, and mites  All arachnids have eight legs, though the front pair of legs is sometimes reduced and converted to sensory apparatus. They never have antennae or wings. Almost all arachnids are terrestrial as well as carnivorous. Arachnids feed by secreting digestive juices onto their dead and/or immobilized prey, which turns their prey into a broth of nutrients that can then be sucked up into their mouth and stomach.