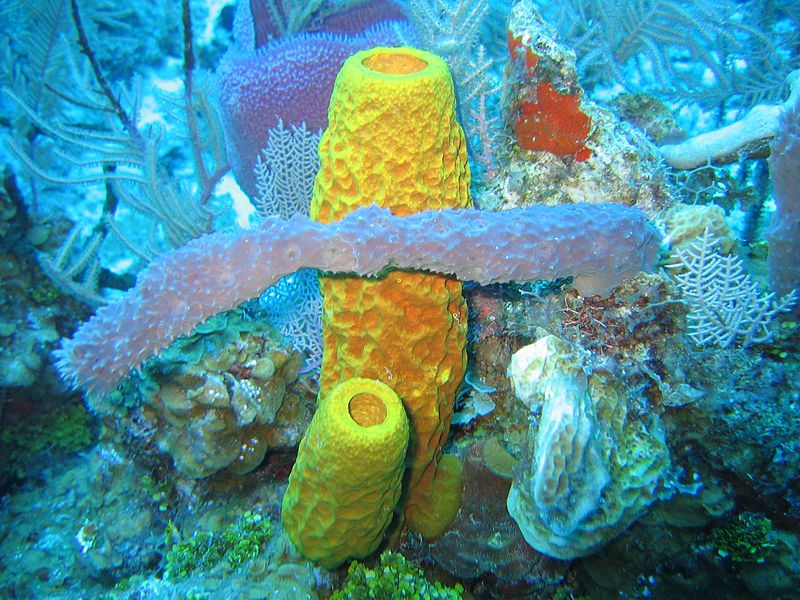 Sponges are aquatic, multicellular organisms whose body structure is full of holes and channels that allow water to circulate food and oxygen to all the cells, as well as remove waste. While they lack true tissues and organs and do not display body symmetry, sponges are composed of a variety of cells which perform highly specialized functions and often host photosynthesizing micro-organisms as endosymbionts. Sponges in temperate regions usually only survive for a few years, while some tropical species may live for more than 200 years!