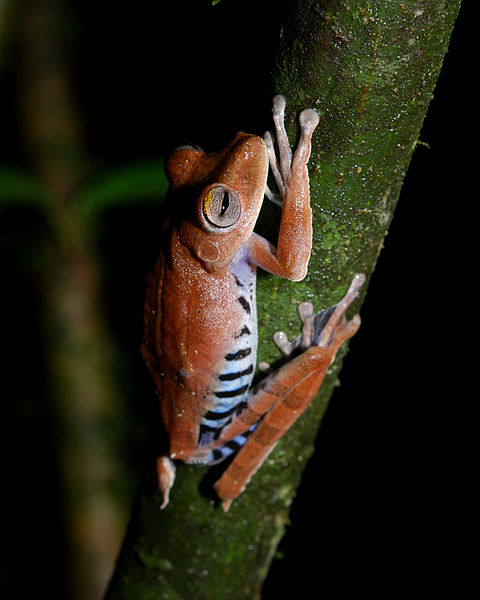 This species of frog is native to South America and inhabits tropical and subtropical moist lowland forest and river environments. They are also called convict frogs because of the striped markings on its flanks.