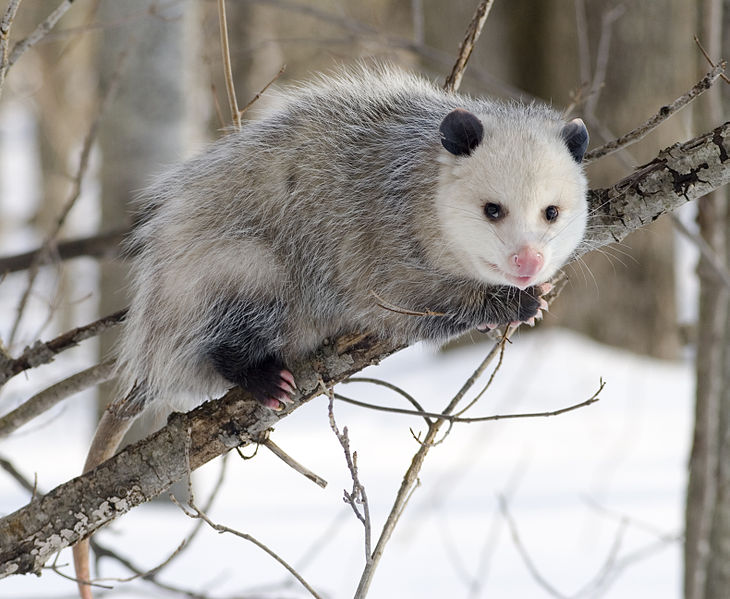 These solitary, nocturnal marsupials are found in North America north of Mexico. They are omnivores and often a familiar site in suburban and even urban areas where they rummage in the garbage for food, steal pet food left outdoors, and otherwise glean nutrition and shelter from human habits and habitations. They are famous for their curious adaptation of “playing opossum,” the act playing dead, sick, or injured in attempt to discourage attackers or other perceived threats. It should be noted that this is a result of extreme fear on the opossum’s part and they actually enter a brief, coma-like state where they are unable to move or react to stimulus – they are fully conscious however.

Wake me in 9 months…

There may be times when you are so tired you feel as if you could sleep for several days - but of course that is not possible without dying from dehydration. However, some mammals have such fine control over their metabolisms, they are capable of nodding off for days or even months, in a state called hibernation. This helps an animal survive during cold periods when food is scarce. A prime example is the alpine marmot who can hibernate for up to 9 months of the year: gathering food and adding about 50% more body weight (primarily fat) as summer ends, the alpine marmot seals itself in a deep burrow, heart rate slowing to five beats per minute, breathing as little as once per minute - emerging (far lighter!) in May, when food is once again available!