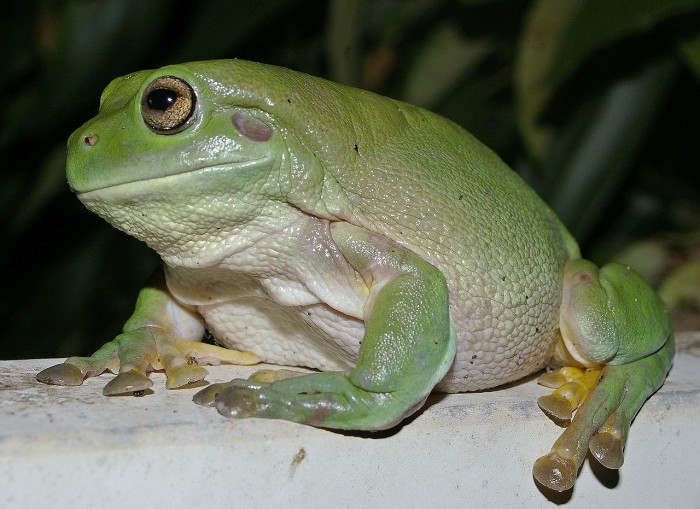 Also known as the Australian, or Dumpy tree frog, is a docile, long-lived frog that is often found near human dwellings. It is a vocal frog, screaming or squeaking when frightened or annoyed. Its skin secretions have antiviral and antibacterial properties that provide it with resistance to infections that threaten other species of amphibians.
http://en.wikipedia.org/wiki/Australian_green_tree_frog
http://www.reptilesmagazine.com/Care-Sheets/Whites-Treefrog-Care-Sheet/