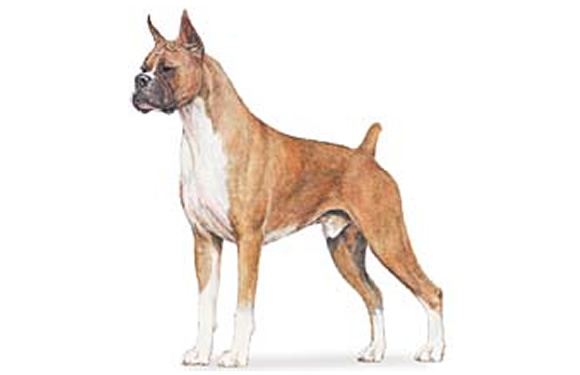 With their dashing good looks and intrepid, cheerful attitude, Boxers have become one of America’s favorite breeds, placing in the AKC’s top ten. They are named for their tendency to stand up on their hind legs and battle their opponent with paws flailing, looking like they are boxing! They originated in Germany in the 1900’s and were used as fighting dogs and to hunt and hold large, dangerous game such as wild boar and bison. They were first imported to America after WWI and their popularity started growing during the 1930’s. Today’s boxer are still powerful, athletic dogs but their personalities, while protective, lean more towards gentle and playful and they are known for their affection towards children. They are very people oriented and make wonderful family pets. Boxer needs very minimal grooming but are an active, excitable breed that needs daily exercise.