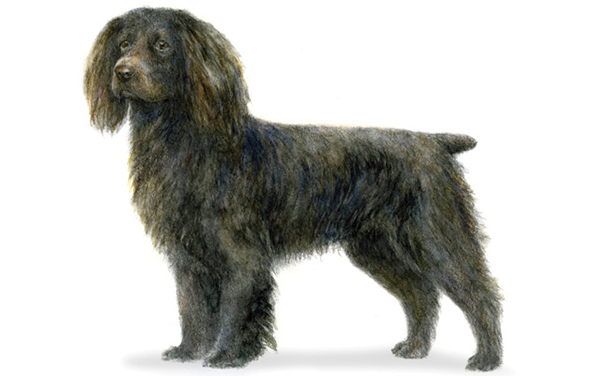 The Boykin Spaniel is a native of North America and the State Dog of South Carolina, where the breed originated. They are a hard-working, all-around hunting dog with the drive and endurance to hunt all day. Their smaller size is also a virtue, as it allows hunters to lift both dog and duck into their boat. The breed came to be in the early 1900’s when a small dog was found wandering near a church in Spartanburg, S.C. One of the congregation members, Mr. Alexander White, took the dog home as a pet and later gave the dog to his hunting partner, Mr. L. Whitaker Boykin. The dog came to be a superb turkey dog and waterfowl hunter and became the foundation of the breed. Boykins Spaniels are gregarious and thrive on the companionship of their people, other dogs, and children. Their rich, chocolate-brown coat requires little maintenance beyond a weekly brushing and occasional bathing.