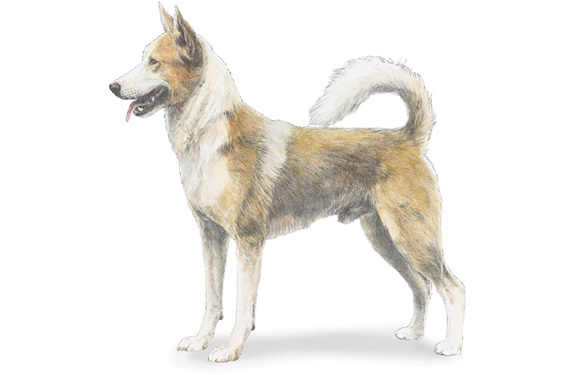 The Canaan Dog is the national breed of Israel and dates back to Biblical times. They were the guardians and herding dogs of the ancient Israelites, watching over their camps and flocks. In more recent times, Dr. Rudolphina Menzel recruited 400 of the best dogs to be trained as mine detectors during Israel’s War of Independence and WWII and they proved to be more reliable than mechanical detectors. The first four Canaan dogs were imported to the United States in 1965 by Ursula Berkowitz as foundation stock. They are versatile, trainable breed that is docile and affectionate with their family but territorial and reserved around strangers. The Canaan Dog is an active breed that needs plenty of exercise but their short coats require little care beyond the occasional brushing and bathing.