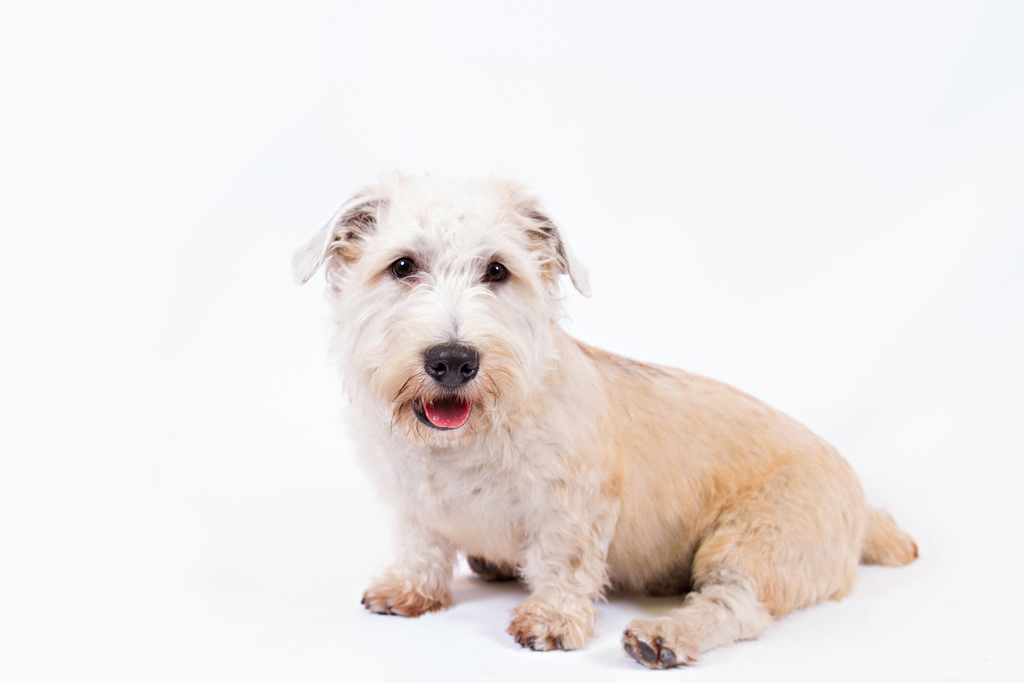 This salt of the earth terrier is one of four terrier breeds native to Ireland and the least common of the four. They exemplify the rugged, utilitarian roots that many of the terrier clan share. They were originally purposed as vermin eradicators around farm and home and were also used for hunting local game like badger and fox. Additionally, they were employed as “turnspit” dogs which meant they actually paddled a large wheel that was used to power the spits used to turn meat over a fire! Due to relative isolation from outside fashionable influence, today’s Glens are still delightfully unrefined and are much the same as their ancestors working the lowlands of County Wicklow 100 years ago. They are longer than tall and considered a big dog on small legs. They make pleasant family pets as long as they have outlets for their terrier focus and energy. They are the only Irish terrier whose coat can come in a variety of shades – various shades of wheaten, blue, and brindle. This harsh coat typical of terriers should be stripped twice a year in addition to special hair removal under the tail, ears, and between pads of the toes.