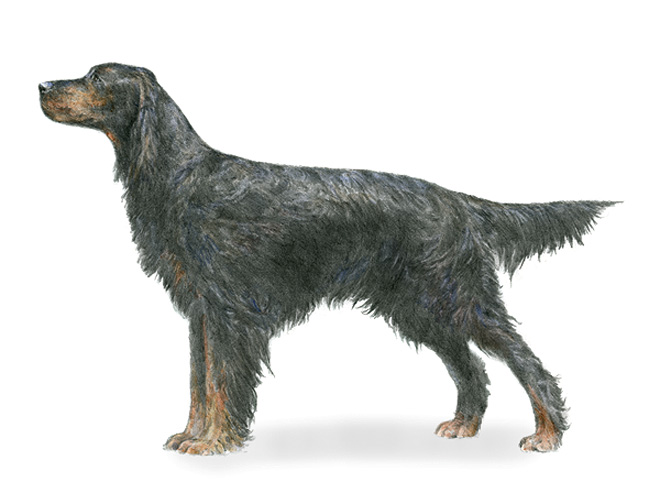 The Gordon Setter is a Scottish breed whose lineage goes back to the 17th century. The breed attained notable popularity in the kennels of the fourth Duke of Gordon during the early 19th century but eventually lost popularity as field trials became more popular and faster, flashier breeds like pointers became favored among hunters. They retained their reputation as an unparalleled one-man shooting dog though and also make excellent companions, obedience competitors, and show dogs. Robust and muscular, they are the heaviest of the setters and are valued more for their strength and stamina than for speed in the field. Gordon Setters are bright and adventurous and make fun, faithful family pets. They may have a stubborn streak but are adaptable to a wide variety of living situations as long as they get plenty of exercise and attention. Their long coats require frequent brushing to keep them clean and free of tangles.