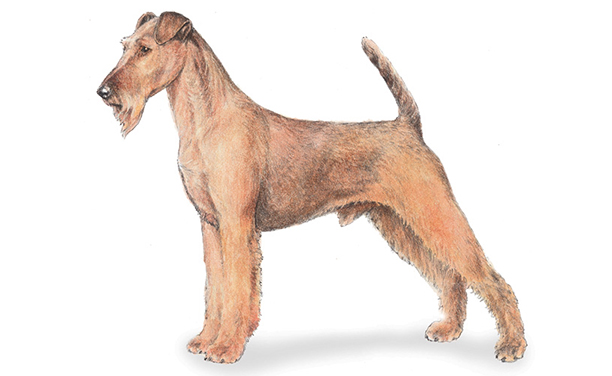 The Irish Terrier charms with its lithe and lively qualities and its terrier zest for life and its many awaiting amusements. Despite debate about its origins, there is indisputable evidence that the Irish Terrier is one of the oldest terrier breeds. In the beginning, Irish Terriers came in a variety of colors including black and tan, gray, and brindle; their striking red coat became the status quo towards the end of the 19th century.  Their natural agility and astuteness made them useful as messengers and sentinels during WW2.  Adaptable, good natured, and intelligent, the Irish Terrier does well in a variety of living situations as long as they receive ample attention and diligent, positive training. They are natural guardians and also do well with children they become bonded with.  Their short wiry coats require minimal upkeep.