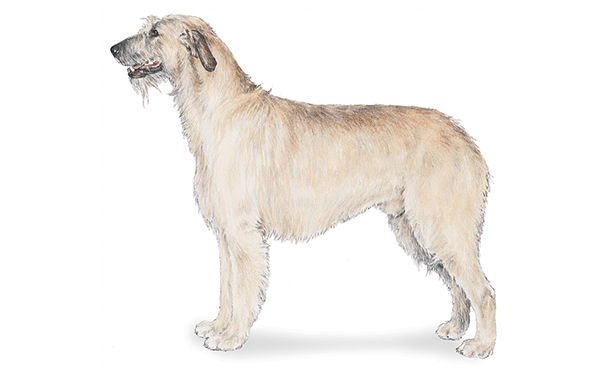 This venerable sighthound of great size, strength, and endurance is the tallest of dogs but not the heaviest. Irish Wolfhounds have been hunters, dogs of war, guard dogs, and family companions since the beginning of the Middle Ages. In fact, they were such accomplished hunters of large game such as wolves and Irish Elk that their traditional quarry was eventually eradicated from Ireland and their usefulness and thus their popularity declined. Fortunately, the breed had its admirers and its extinction was prevented. Today, they are primarily companion dogs but they retain their strong instinct to chase moving prey so should be exercised on leash or in a fenced area to prevent unwanted chases into dangerous situations.  Their large size and exercise needs make this breed most suitable for suburban or country living and their natural, harsh coat requires regular brushing.