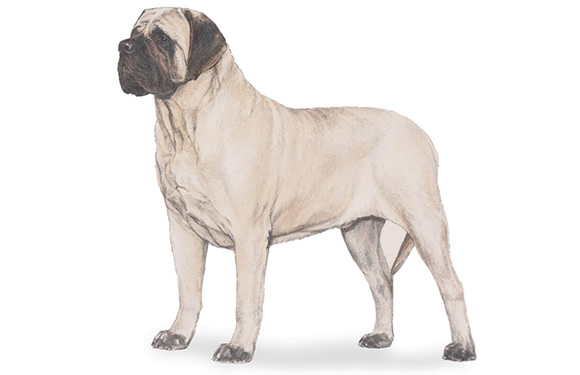 The Mastiff is a dog of immense proportions as well as personality. These stately giants have been protecting their masters and property as well as fighting alongside them in war for thousands of years. Depictions of dogs displaying typical Mastiff appearance are found on Egyptian monuments dating back to 3000 BC! Around 55 BC Romans, impressed with their courage and power in battle, brought them back from war to be used in bull-baiting, lion fights, as well as fights with gladiators. Mastiffs eventually became popular with English peasants, who employed them to protect the home and control menacing predators. Today they are admired for their calm, amiable character, and their size of course. Their coats are short and low maintenance and but they do need regular exercise and room to move.