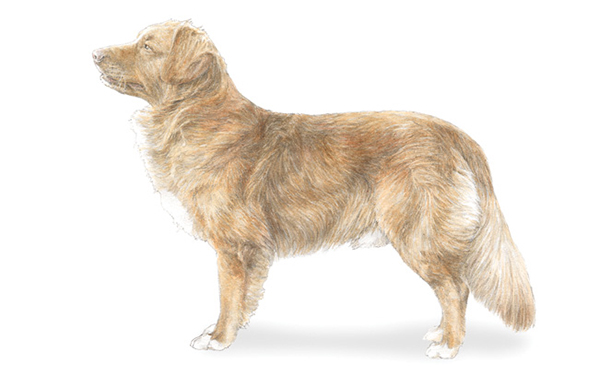 This spunky retriever comes was developed in its namesake Nova Scotia in the early 19th century to toll, lure, and retrieve waterfowl. Its playful antics aroused the curiosity of offshore ducks who would venture within gunshot range. Dead and wounded birds were then retrieved for the hunters waiting on shore. The Nova Scotia Duck Tolling Retriever is believed to be descended from the red decoy dog brought over by early settlers from Europe. Ensuing crosses between local dogs including setters, retrievers, and collies resulted in the modern day Toller, originally known as the Little River Duck Dog. They are an active, intelligent breed that does best with an active family that includes their dog in daily activities and provides plenty of affection, exercise and, entertainment. Their coat is kept in its natural state and needs little more than occasional bathing and brushing.