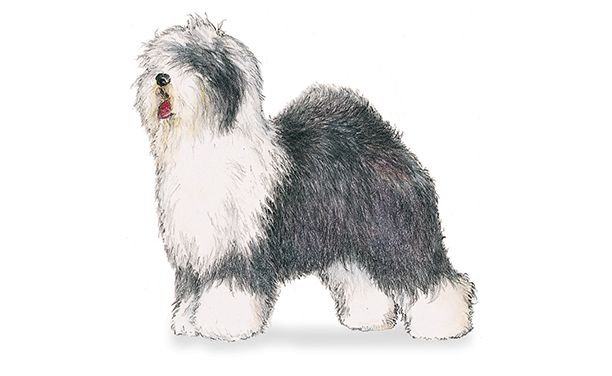 The “OES” is known widely for their unique beauty but under their profuse, distinctive coat lies an intelligent and athletic working dog, game for just about any task their master presents for them. They are capable cohorts on and around the farm, in obedience, agility, carting, and anything else that showcases their strength and smarts. The OES comes from the western counties of England and originated in the early 1800s as a drover’s dog to help get herds of livestock to major city markets. Their bobtail signaled their tax-exempt status as working dogs. They are an affectionate, animated, and active breed that needs lots of interaction and exercise. They possess strong herding instincts and may try to herd their people and other animals. Their abundant coat requires regular grooming to prevent mats and remove dirt and foreign objects.