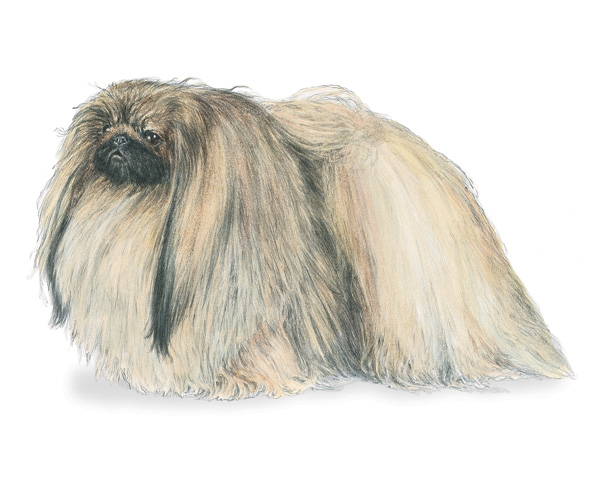 The regal Pekingese has been a cherished companion since at least the 8th century. Images of this compact companion abound in ancient Chinese art and they held such sacred status that they could only be owned by royalty and their theft was punishable by death! They only became known to the outside world when Chinese Imperial Palace was overtaken by the British 1860 and several Pekingese dogs were taken back to Europe. They delight admirers with their lion like countenance, confidence, intelligence, and good humor. Small in size but big in personality, they make affectionate if not opinionated family pets that are suitable for apartment life. Their long, thick coats will need thorough weekly brushing to keep the tangles away and your Pekingese looking and feeling its best.