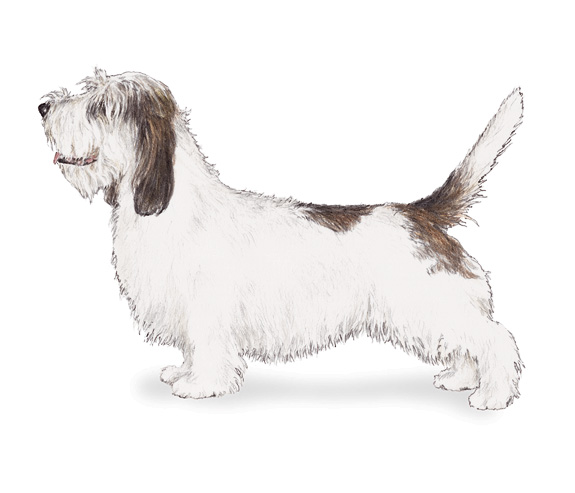 The lively, low-riding PBGV is a small French hound that can be traced back to the 16th century and is descended from the larger Griffon Vendeen. They were developed to hunt small quarry such as hare over rough terrain and their harsh coat and stout but athletic but are a testament to this. Their flashy markings and long saber-like tail made them visible to their masters in the field. They are sociable, fun-loving dogs and make good family pets as long as they get to part of the action and have outlets for their energy and curiosity. Their thick coats benefit from a weekly brushing to remove dead hair and keep tangles at bay.