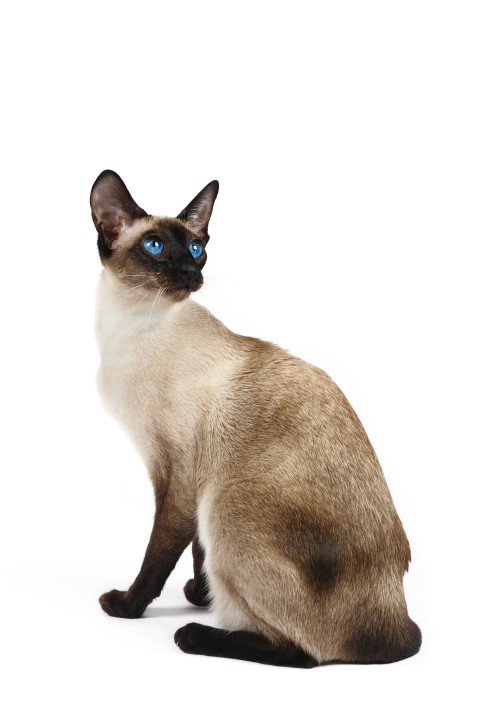 The beguiling Siamese is named for its country of origin, now known as Thailand, and they are believed to descend from sacred temple cats. Their striking intelligence, curiosity, and affectionate demeanor have been captivating their owners and admirers since they were first officially exported from their native lands in the 1800s. They are well known for their vociferousness and propensity for playing fetch. The CFA recognizes four Siamese colors – seal points, chocolate points, blue points, and lilac points. Their deep blue almond-shaped eyes are accentuated by their narrow, angular faces and large ears.