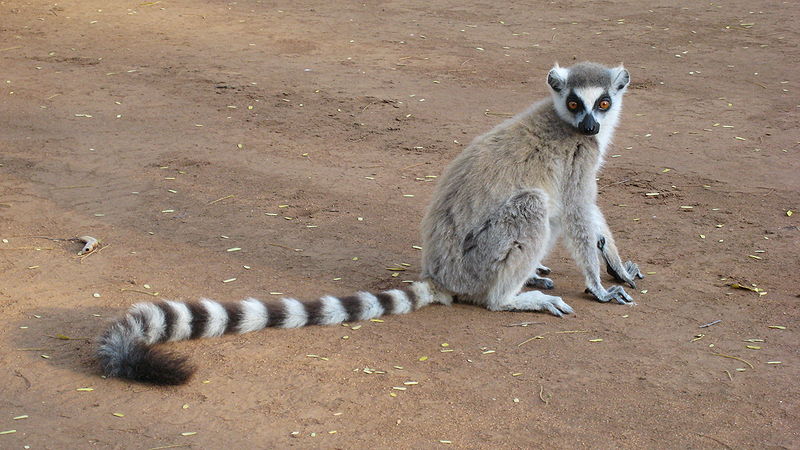 Like all lemurs, this easily recognized primate is native to the island of Madagascar. They are omnivorous, diurnal, and the most terrestrial of the lemur species. They are highly social and may live in female dominated groups of up to 30 individuals. Their species name, catta, makes reference to their feline form and purring vocalizations reminiscent of domestic cats.