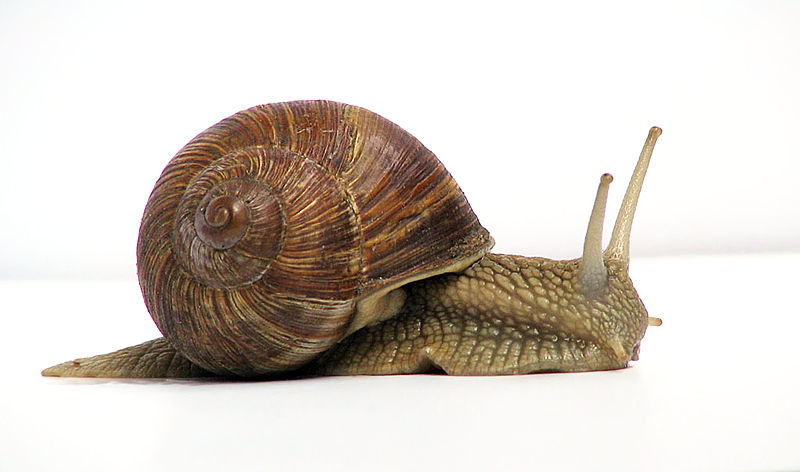 “Snail” is a common name applied to most members of the class “Gastropoda” that have a coiled shell that is big enough for the animal to recoil into completely – this can include a vast number (thousands) of species of land snails, freshwater snails, and marine snails. Snail-like creatures that lack a shell or have only a small shell that they cannot retract into are known as slugs and semi-slugs, respectively. Although land snails are the most familiar to most people, marine snails constitute the majority of snail species and display much greater diversity. Slugs and snails, with their appetite for tender greens, can be agricultural pests, but some snail species are a highly valued food source and are farmed as a nutritious and even gourmet food source.