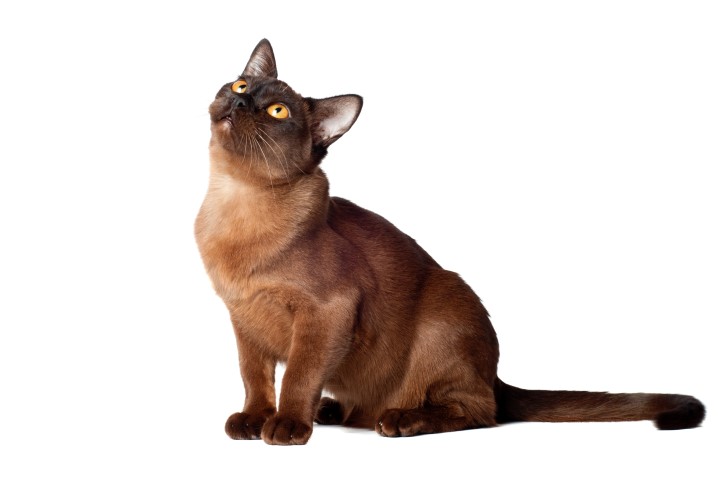 The Burmese is a breed of cat that originated in Southeast Asia but was developed in the United States. The founding female of the breed was brought to San Francisco from Burma in the 1930s. She had walnut-brown coloration and through selective breeding, the unique solid brown color associated with breed, known as Sable, was developed. Their coats are short, with a silky texture, and require very little grooming. Their large, captivating eyes invite you to get to know their affectionate but unobtrusive personalities. They may be soft-spoken but they are very communicative and will actively seek your attention as well as your lap. The Bombay and Burmilla breeds of cat have been created through crosses with Burmese.