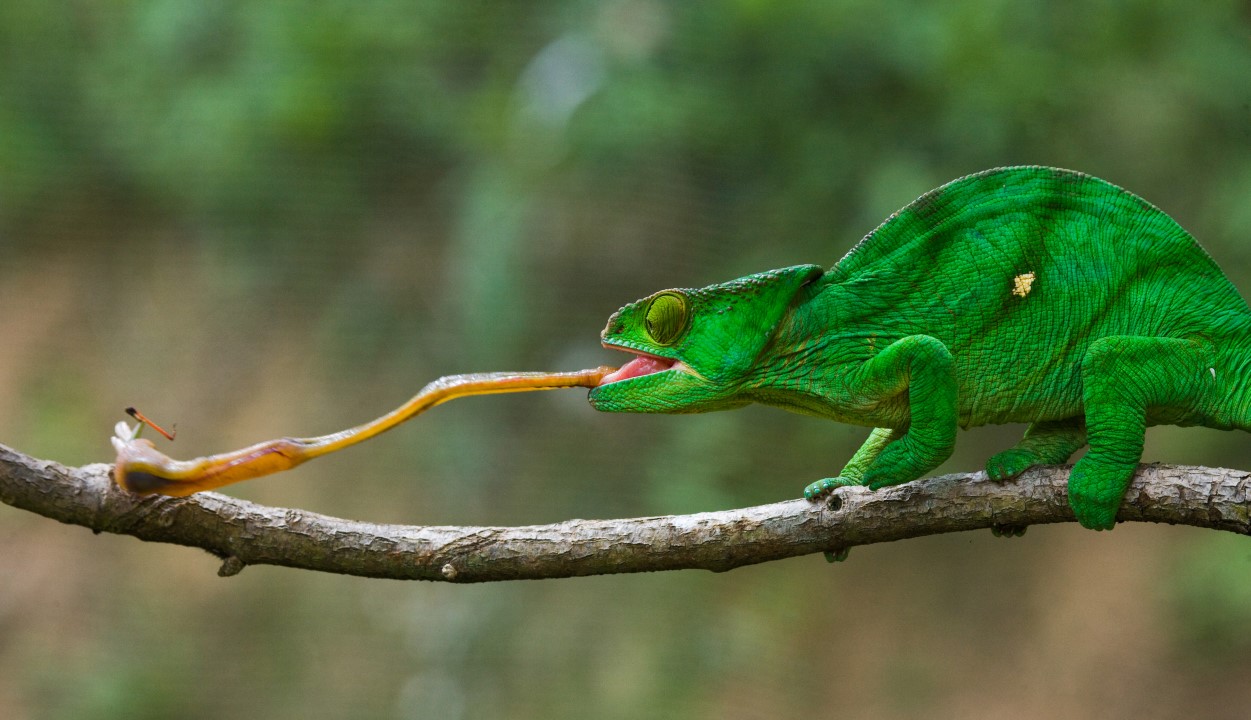 The Chameleon is known for its ability to change colors, but that is not the only amazing feature they possess. Chameleon tongues are twice the length of their bodies (can you imagine having a 10-12 foot long tongue?) and they use it for hunting! When it sees a tasty bug, the chameleon coils the muscles in its tongue in much the same way a hunter tightens the string on their bow, then the tongue shoots out, striking with incredible speed, sticking to the hapless insect as it is dragged back to the chameleon’s mouth. And believe it or not, smaller chamelons are sometimes even stronger and faster than their larger cousins: the tiny Rhampholeon spinosus’s tongue accelerates at a rate equivalent to your car going from 0-60 miles per hour in 1/100 of a second, and it rarely misses its target!


The slow worm has a long body, lacks limbs, and is covered in lustrous scales - so is it a snake? No, it is a lizard!…


For years, the Komodo dragon was accused of having a mouth so filthy that even if you escaped its terrible bite, you were…

Horned lizards utilize a few tried-and-true ways of avoiding predators: like many other animals, they blend in with their…