From Ayu to Zander

From Ayu to Zander

Fish are not a clade, but a collection of several populations, such as lampreys, ray-finned fish, and sharks. They are animals of wildly different shapes, sizes and behaviors – from less than an inch to 52 feet, with a few, such as mudskippers even spending much of their lives on land! To further complicate matters, there are many so-called fish, like the jellyfish or starfish that aren’t fish at all. But if it has a skull and backbone, gills, and its limbs (if present) are fins, it is probably a fish!

Anchovies are small, oily fish that are found in scattered areas throughout the world’s oceans. They tend to be tolerant…

These natives of the Paraguay Basin of Brazil are recognizable by the two distinct, longitudinal, adjacent stripes (one…

The blue-spotted stingray is generally found in Indonesia to Japan, and south to Northern Australia. They are popular…

Notable for its seven gill slits (most sharks have five or rarely, six), the broadnose sevengill shark is also the only…

Cardinal tetras are native to the Orinoco and Negro Rivers of South America. These colorful fish, with their blaze of…

This species is North America’s most numerous catfish species, widespread throughout lower Canada, eastern and northern…

The common carp is native to Asia. Even though wild, native populations are considered vulnerable to extinction, it has…

The emerald shiner belongs to a group of hundreds of species of small, slender, shiny fish known as “shiners.” They…

This native of the Congo River Basin of Africa is commonly kept in aquaria and requires soft, peat-filtered water and…

did you know?
(Clupea harengus)

One of the most abundant species in the world, the Atlantic herring can be found congregating in large schools on both…

This unique creature, of sometimes gargantuan proportions, is found in large rivers and estuaries in Indochina and Borneo.…

These unique, transparent catfish are endemic to Thailand and commonly seen in the aquarium trade. Their lack of scales…

Goblin sharks are a rare, deep sea species are the only extant member of the family Mitsukurinidae. With its pink skin,…

These mighty predators can be found in the coastal waters of all major oceans, open ocean, as well as on long oceanic…

Horn sharks inhabit coastal waters off the western coast of North America, from California to the Gulf of California.…

Like all eels in this genus, Japanese eels are catadromous, spending part of their life cycle in freshwater but spawning…

This colorful moray is characterized by its narrow, curved jaws, vivid red stripes on the head, and elongated tubular…

Despite the potent venom found in their dorsal fins, several species of lionfish are popular in the aquarium trade and…

Also called bandit catfish or cory, this species is native to the Meta River Basin in Columbia. They are a small (~1.5…

These jawless, primitive marine organisms inhabit the mesopelagic to abyssal zones of the Pacific Ocean. They are opportunistic…

These anadromous, parasitic fish inhabit the Pacific coasts of North America and Asia. They spend most of the life cycle…

The pictus catfish is native to the Amazon and Orinoco River Basins of South America and are commonly kept aquarium fish.…

Red-bellied piranhas are omnivorous foragers and scavengers found in the Amazon Basin of South America. Their diet includes…

Also known as Haller’s round ray, this species inhabits the coastal waters of the eastern Pacific Ocean. They are a…

This species of shark can be found in temperate and sub-tropical ocean waters worldwide. They inhabit the continental…

These parasitic, eel-like organisms inhabit shorelines throughout the Northern Atlantic as well as the Great Lakes. Lamprey…

This common species is one of the most familiar species of the Squalidae family. It is found nearly worldwide and tends…

These eel-like fish are native to India, Pakistan, Sumatra, Sri Lanka, Thailand, Vietnam, Indonesia and other parts of…

This species of lungfish inhabits a wide range of habitats in West and Middle Africa, and the northern half of Southern…

These slow-moving, filter-feeders are the largest known living fish species. It is not unusual for them to reach over…

This hard species of minnow is native to China and is quite popular in the aquarium trade. Because of their tolerance…

Also known as the Pacific sturgeon, this ancient species inhabits the west coast of North America from the Aleutian Islands…

This distinctive ray is native to the Xingu River basin in Brazil, a tributary of the Amazon River. They are thought to…

Though they aren’t obvious, fish have ears, and are able to communicate to one another through sounds. They don’t have vocal chords, but instead vibrate their swim bladders, producing popping, grunting, moaning, barking, or chirping noises. While some species of fish, like the goldfish, are silent listeners, there are over 1000 species that are known to vocalize, and some, like the gurnard who are veritable chatterboxes. While we can’t have a conversation with them (yet), it is theorized that they do it to attract mates, frighten away predators or competitors, to synchronize mating, call for help and warn others, or simply to orient themselves. 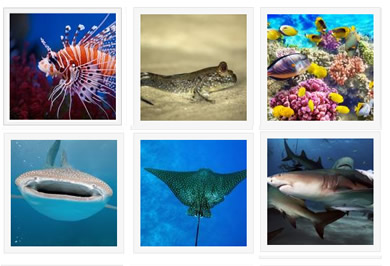