There are pets for every lifestyle. For some people, an athletic dog to go jogging with every morning is ideal; others may want a cat who lazes on their lap, a colorful bird whose antics keep them company, or a turtle or school of fish that provide relaxing observation. Small animals – small mammals for the purpose of our pet guide –  typically fall somewhere between “lap cat” and “school of fish,” in that they can be handled with care and are also delightful to observe in their own environment as they play – tunneling, batting balls, spinning their running wheels, and more! While caring for any animal is a serious responsibility, requiring daily attention and care, a gerbil is definitely a lower maintenance pet than a Belgian Malinois, which provides opportunities for different lifestyles or for teaching less experienced pet owners. Many adults credit being responsible for hamsters, guinea pigs, or other small animals as children as an experience that led to a lifelong love of pet ownership – but of course, grownups can enjoy them, too!

Ferret
As pets, Ferrets are relative newcomers, though they have been growing in popularity since the 1980s. Their sleek looks and…
Learn more >>

Gerbil
The earliest and most common gerbil kept as a pet is the Mongolian gerbil. Given their friendly, inquisitive nature and cleanliness,…
Learn more >>

Guinea Pig
Despite being prey animals and naturally cautious, a guinea pig that is socialized and handled by people early in life can…
Learn more >>

Hamster
Hamsters kept as pets are usually golden or Syrian hamsters. They are small, docile pets, but also inquisitive and playful.
Learn more >>

Mouse (Fancy)
While our relationship with mice has not always been a friendly one, they are undeniably cute, and have long been kept as…
Learn more >>

Rabbit
Domesticated rabbits have been kept as pets since the 19th century, and are growing in popularity as housepets.
Learn more >>

Rat (Fancy)
Your pet rat very well may be fancy, but the term "fancy rat" comes from the term "animal fancy" (in this case, "rat fancy"),…
Learn more >>

Just as the family dog or cat became ubiquitous with American culture after the end of World War II, as people have moved from rural to urban areas, into smaller homes and apartments, our choice in companions has changed, as well: hamsters, ferrets, guinea pigs, rats and other furry critters have become mainstream pets over the last four decades, much to the delight end education of millions! Learn more >>

There is evidence of mice being selectively bred dating all the way back to 1,100 BCE, but rats have only been selectively bred for a few hundred years -- and much of that time, for baiting (a bloodsport that is now illegal in most countries). But due to the rat's ability to reproduce quickly and careful selection by their owners, domesticated rats have become noticeably different from their wild counterparts in a remarkably short period of time. Physically, domesticated rats generally have much wider variety of coats, smaller bodies, larger ears, longer tails, and they reach sexual maturity earlier; psychologically, they are generally much calmer around humans -- even affectionate toward their owners -- while being less cautious and likely to startle. 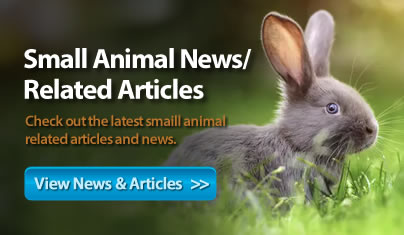 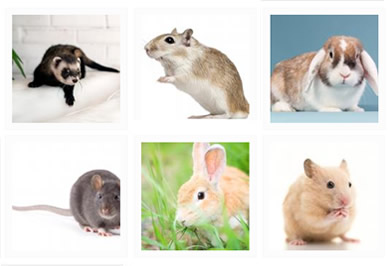