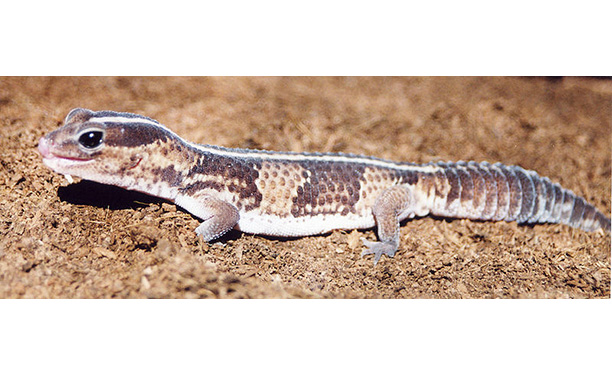 This nocturnal, ground-dwelling gecko is named for its adaptation of storing fat in its tail - these energy reserves allow the gecko to survive for many days without food if needed. They are becoming popular pets due to their docile temperament and ability to thrive in captivity.