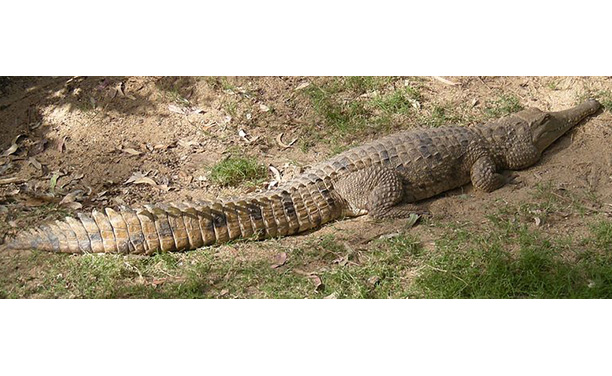 These crocodiles are found in northern Australia, in the states of Western Australia, Queensland, and the Northern Territory. They are a relatively small crocodilian, rarely exceeding 9 feet and or weighing more than 150 pounds. They are a shy species and it is generally considered safe to swim around them as long as they are not provoked.

Horned lizards utilize a few tried-and-true ways of avoiding predators: like many other animals, they blend in with their surroundings and can puff themselves up to look larger and more threatening. But what they are best known for is a particularly messy hail-Mary play, where they startle and confuse predators by squiring blood out of their eyes! To accomplish this, the horned lizard increases the blood pressure in its head, rupturing the vessels in its eyelid, at which point a stream of blood, carefully aimed and up to 5 feet in length squirts the offending predator. The horned lizard’s blood is particularly foul to canine and feline (possibly due to the high quantity of venomous harvester ants in its diet), and should provide just enough of a diversion (or aversion!) for the lizard to scurry away and survive another day!