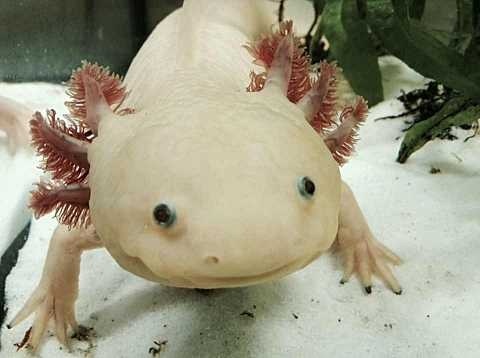 These completely aquatic salamanders are also known as the Mexican salamander or Mexican walking fish. They are a neotenic salamander, meaning they never lose their gills and live an entirely aquatic existence; they reach sexual maturity without every going through metamorphosis. The axolotl is a voracious carnivore, eating any small fish, worms, and insects that blunder close enough to their vacuum of a mouth. This voraciousness extends to each other, as well -- an axolotl small enough to fit into the mouth of a tank-mate may find itself eaten! And even if they are the same size, they may still bite one another if not well fed.