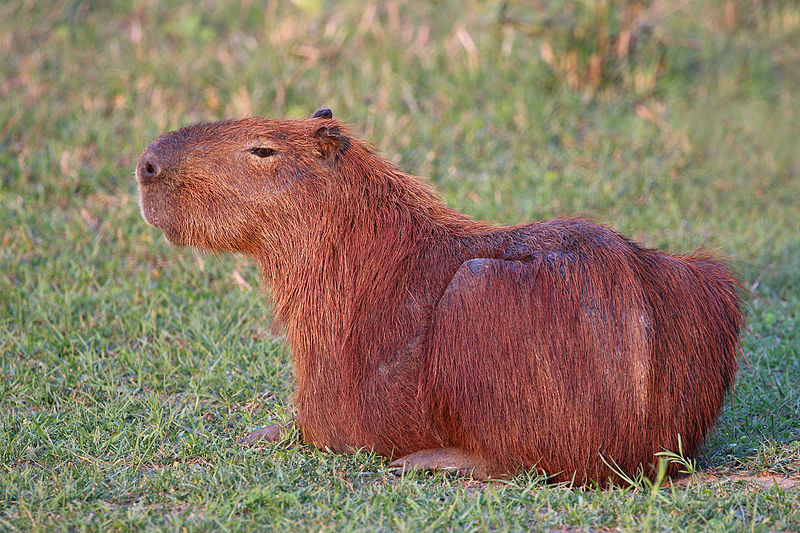 Capybaras are the largest rodent in the world and can weigh in excess of 100 pounds! They are native to South America and inhabit savannas and dense forests near bodies of water. They are highly social animals that can be found in groups of around a hundred individuals. They are selective herbivore and are related to guinea pigs.