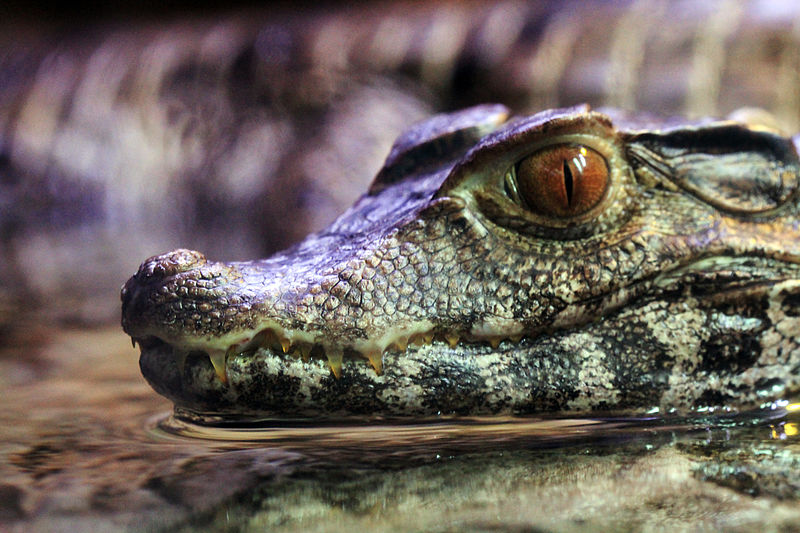 This relatively diminutive caiman is the smallest of all the crocodilians and is native to South America. Adults rarely exceed fifteen pounds and do not grow larger than five feet long. They are considered a “keystone” species that helps keep a healthy balance of other organisms sharing their ecosystem.