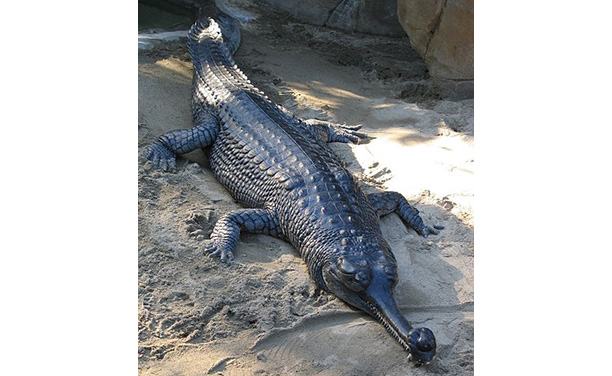 This crocodilian’s long, narrow snout it an adaptation to its diet, which consists primarily of fish. They are the longest of all crocodilians, able to grow to over 20 feet long. Gharials are the most thoroughly aquatic of all crocodiles and cannot move well on land, only slide along on their bellies. Despite conservation efforts, they are critically endangered in their native India due to habitat loss and decline of fish stocks.