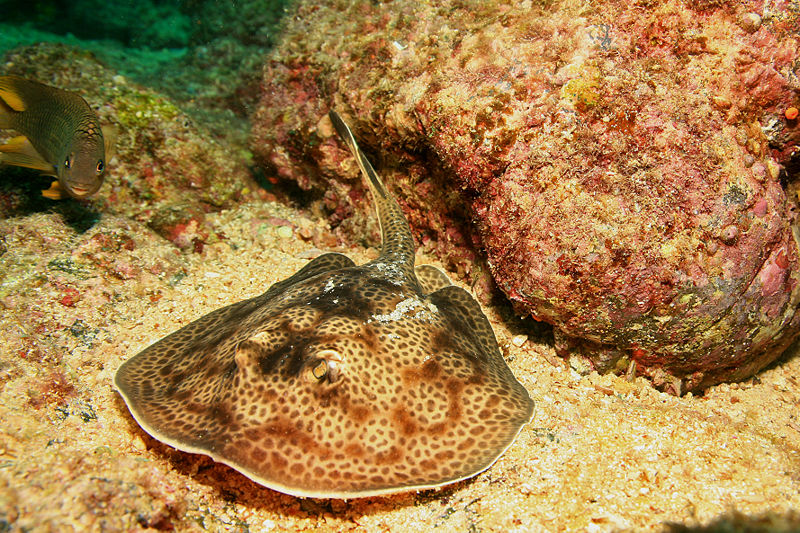 Also known as Haller’s round ray, this species inhabits the coastal waters of the eastern Pacific Ocean. They are a small, common ray that is responsible for many injuries to bathers on the southern California coast. While very painful, their sting is not lethal. They forage for food during the day and are most active during the warm summer months. Their predators include black sea bass, elephant seals, and sharks.